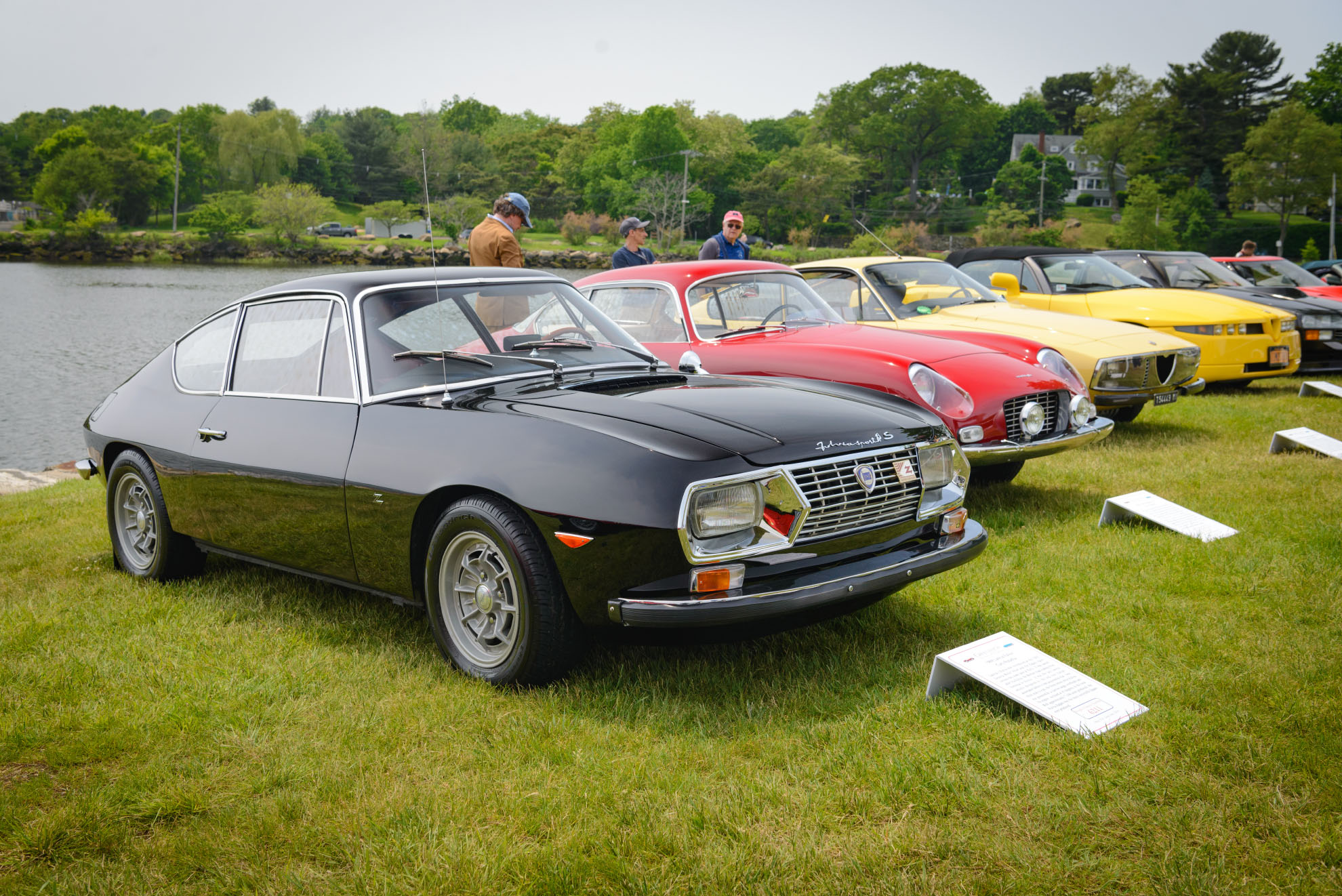 We are not currently accepting applications for the 2021 event. For questions or to discuss submitting your vehicle for consideration of future events, please contact us at info@greenwichconcours.com.

We are celebrating our 25th anniversary by showcasing over 150 of the best cars from all eras, including foreign and domestic models with special attention given to Allard, Duesenberg, Lancia and more. Concours vehicles must be accepted through the vehicle submission process to receive an exclusive invitation.

Lancia Pre-war
Lancia Post-war
Witness the 102-year history of Italian innovator Vincenzo Lancia’s creations, featuring Aurelia, Flaminia, Appia and many more.
Ford
GM
From the Grand Sport to the Daytona Coupe, the rivalry between Ford and GM has generated some of the greatest cars in history. Who’s the victor? That’s for you to decide.
100th Anniversary of Duesenberg
While Duesenberg lasted only about 15 years, their name will forever be synonymous with high-end American luxury and race-dominating engineering.
Motorcycles – Moto Guzzi
The oldest European manufacturer in continuous motorcycle production was established in Italy in 1921. For many years they dominated Grand Prix motorcycle racing.
Indian Motorcycles
Indian motorcycles’ reputation for reliability and speed led the brand to great success in competition racing, along with a cult following.
100 Years of 3-Litre Bentley
W.O. Bentley’s original vision of “a fast car, a good car, the best in its class” stayed in production from 1921 to 1929 and won countless races, including the 24 Hours of Le Mans in 1924 and 1927.
Springfield Rolls Royce
In 1921, Rolls Royce opened a new factory in Springfield, MA where “Springfield Ghosts” were built. Operating for 10 years, the factory produced some of the greatest cars of its time.
Allard Track 75th Anniversary
Allard Road 75th Anniversary
Allard’s pairing of American V8 engines with light British chassis and bodies was unbeatable, as witnessed by Carroll Shelby and Zora Arkus-Duntov, who both drove Allards in the early 1950s.
Vintage SUV
Glimpse the true essence of adventure and ruggedness and relive the moment you first laid eyes on an off-road vehicle.
Right Coast Rods
Iconic, loud, fast and hot, these East Coast cars (or Right Coast Rods) feature many that have been restored or are very well-preserved roadsters and coupes from the '50s.

Our selection committee thoroughly reviews applications to make sure they meet Concours standards. In order to qualify, all selected vehicles must fit into one of the award classes for the year, haven’t been part of the event within the last 3 years, and has an original body and chassis. Applications will be vetted by the selection committee on a regular basis to determine who receives an exclusive invitation.

We are not currently accepting applications for the 2021 event. For questions or to discuss submitting your vehicle for consideration of future events, please contact us at info@greenwichconcours.com.

How do I find my vehicle's sub-model?

The sub-model may be printed on the rear or side of the vehicle, your registration, the title or your current policy documents.

We need the specifics that make your engine unique including critical specifications such as cylinder size, CID, size, etc.

More on the engine. How to find car engine size?

Find it in the lower corner of your windshield on the driver's side. Your VIN number is your vehicle identification number and you can find your engine size by VIN number. In the series of numbers and letters, the tenth from the left denotes the model year and the eighth is the engine codes.

Incorrect vehicle or information?
Agree to Greenwich Concours Terms of Use and Release of Liability
We're here to help

The field is required

Such user does not registered.